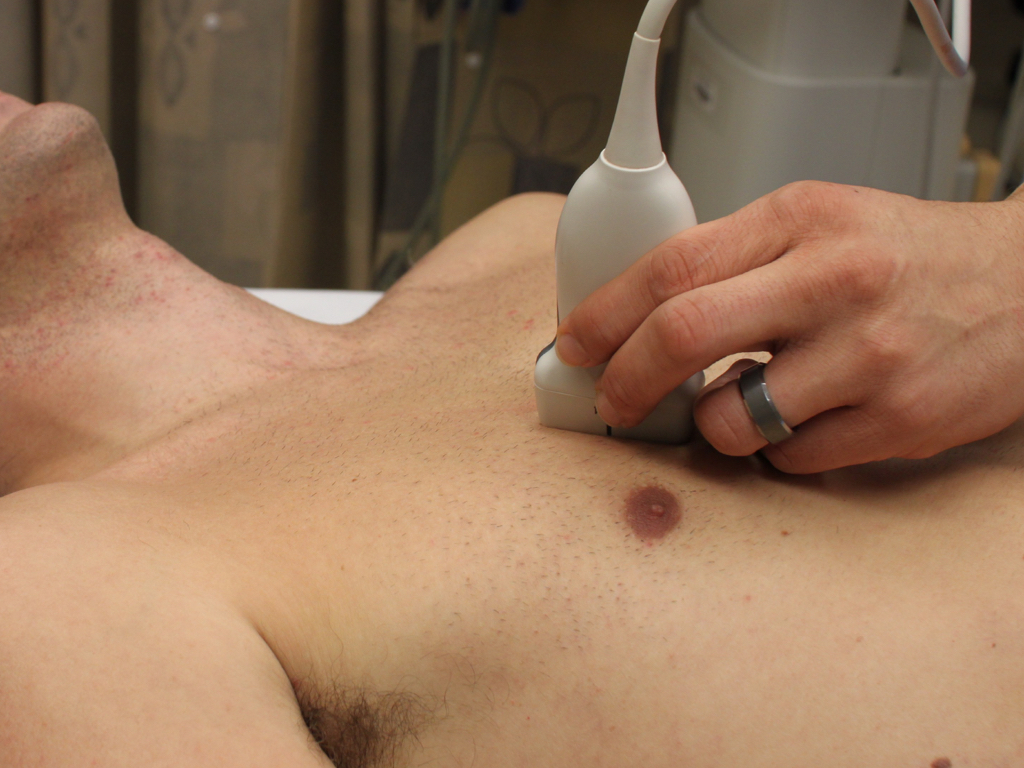 Position for identification of pneumothorax

Ultrasound has been proven to have superior sensitivity compared to chest x-ray in the diagnosis of pneumothorax (PTX) in supine trauma patients.1-4  However, sometimes there are issues with the specificity. Ever heard a patient with really bad COPD or asthma’s lungs? They have no lung movement at all, which translates to minimal or lung sliding on ultrasound. Other causes include apnea, breath holding, pleural adhesions, among others.5. A sign that is thought to be highly specific for a PTX is called the lung point. The lung point is used clinically to rule in a PTX and has been quoted to be 100% specific for a PTX by numerous publications. All of these statistics are based off of two studies by the same expert sonographer done in ICU patients.6,7 I’d take these findings with a grain of salt, as they have not be otherwise externally validated except for those two studies. That being said, I still look for the lung point to rule in a PTX as long as I know I’m not looking at the interface between the heart and the lung, or the lung and the diaphragm (two known causes of false-positive PTX)

Traditionally, the examination for PTX involves placing the probe in the sagittal orientation in order to visualize the pleural line below the ribs.

When searching for a lung point, however, consider placing the probe in a transverse orientation as you move out laterally. Due to the way extra-pulmonary air layers, you may miss the actual lung point if you look purely in the sagittal orientation

Shaded blue area represents the extra-pulmonary air, and the where the lung point would be visualized

Should we be using ultrasound to place central lines?
FAST fails (Things that will mess up your FAST)